Before WWII, the resident art community of Arizona was comprised mostly of women, and this talk explores these independent spirits. Kate Cory, one of the first to arrive in 1905, chronicled the Hopi mesas. Marjorie Thomas was Scottsdale’s the first resident artist. Lillian Wilhelm Smith came to the state to illustrate the works of Zane Grey. Impressionist Jessie Benton Evans’s Scottsdale villa became a social center for local artists. Mary-Russell Ferrell Colton and her husband Harold founded the Museum of Northern Arizona in 1928. The Grand Canyon parkitecture of Mary Jane Colter is also an important part of the story. 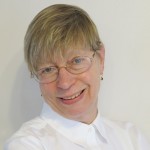