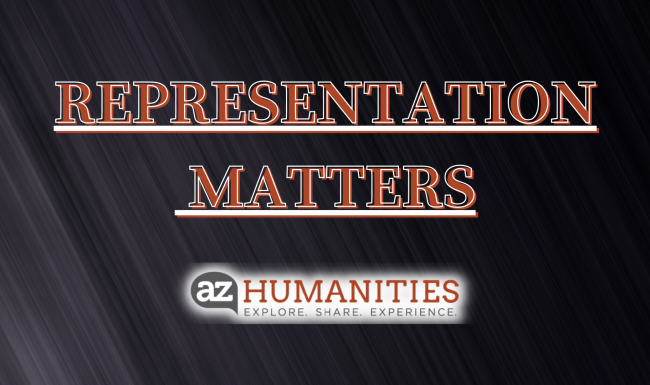 How can we be more civically engaged? Why does representation matter? Join us for a series of conversations with scholars and leaders working in diverse fields–from journalism to law–about the importance of representation in our democracy. These  events are FREE and will include time for live Q&A with the community.

Register for Upcoming Events this Fall! 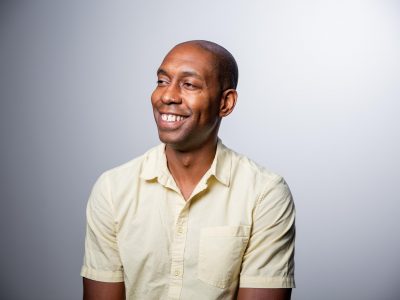 Rashad Shabazz is Associate Professor in the School of Social Transformation and the School of Geographical Sciences & Urban Planning at Arizona State University. His teaching and research include race relations, social justice movements, and the relationship of race and place. He is the expert on how race, sexuality, and gender are informed by geography. With an interdisciplinary approach, his academic work brings together human geography, Black cultural studies, gender studies, and critical prison studies. Dr. Shabazz’s most recent book publication, Spatializing Blackness (2015), examines the impact of carceral power on the geographies of African Americans in Chicago’s South Side.

Check back as we update program information and registration below

Petitioning for Freedom: Habeas Corpus in the American West

Learn about how petitioners from marginalized communities, from immigrants and women to Indigenous and enslaved people, used the law to challenge injustices and claim their rights. Join us for a conversation with Dr. Katrina Jagodinksy, Associate Professor of History at the University of Nebraska-Lincoln.

Watch Recordings of Past Events Now! 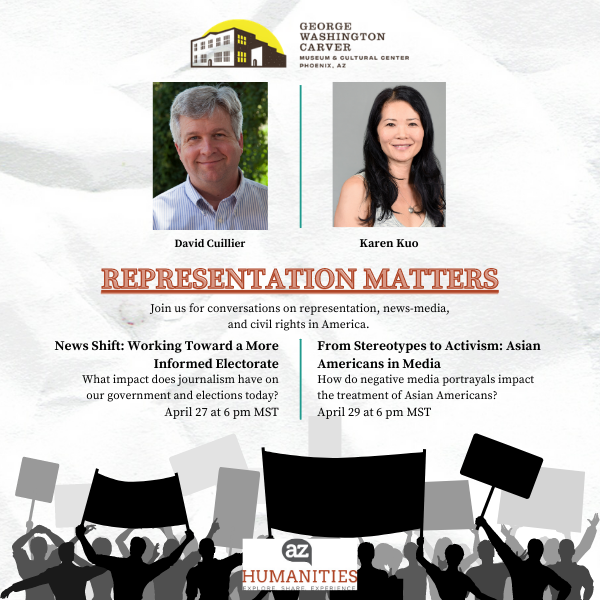 Never before has the nature of news changed so quickly and dramatically than now, driven by a crumbling economic model, “#FakeNews” attacks, “filter bubbles,” and declining public support. What is the state of journalism today? What is its impact on government and elections? Many forces can threaten or undermine an independent press. What are potential solutions for saving quality journalism for the good of citizens and civic engagement? How can we build a strong and sustainable civic information ecosystem for the sake of our communities and society as a whole? Join us for an important conversation about journalism today, and learn how to become a savvy and discerning media consumer.

David Cuillier, Ph.D., is an Associate Professor at the University of Arizona School of Journalism, president of the National Freedom of Information Coalition, and a board member of the First Amendment Coalition of Arizona. He is a former newspaper journalist from the Pacific Northwest and served as director of the UA School of Journalism for seven years. He was national president of the Society of Professional Journalists in 2013-14 and received the organization’s highest honor, the Wells Key, for his work in advocating for press freedom nationally. He has testified three times before Congress regarding the Freedom of Information Act, and is currently editor of the peer-reviewed Journal of Civic Information.

From Hollywood Stereotypes to Social Activism: Asian Americans in the Media

Karen Kuo, Ph.D., is an Associate Professor of Asian Pacific American Studies in the School of Social Transformation at Arizona State University. Her fields of interest include literary and cinematic studies and social and cultural theories of race, gender, and sexuality. Her book, East is West and West is East: Gender, Culture, and Interwar Encounters between Asia and America (Temple University Press, November, 2012) examines the geopolitical imaginaries of US orientalism in film and literature during the interwar period. Her two current projects include an edited anthology on Taiwanese Americans, Remembering the Beautiful Island: Critically Considering Transnational Taiwanese/America, and a monograph on representations and discourses of reproduction and mental illness through Asian/American women’s narratives. Dr. Kuo also actively works within the APA community in Arizona by giving presentations about the role of Asian Americans and Pacific Islanders in US history and culture. 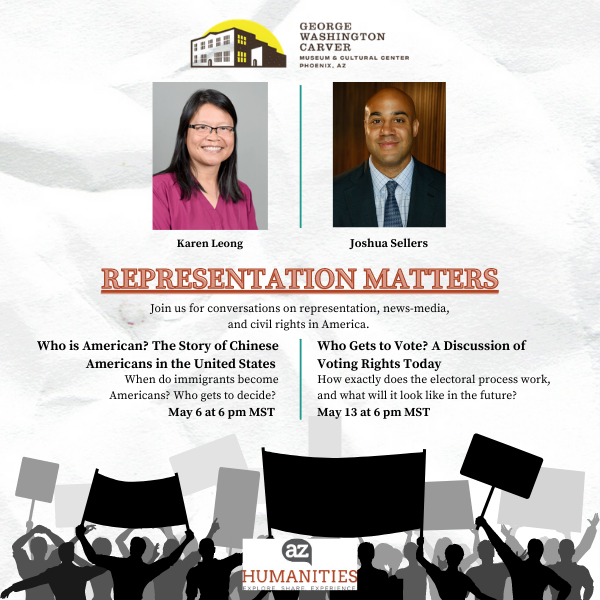 Who is American? The Story of Chinese Americans in the United States

Chinese Americans have a long and complex history in the United States. Chinese people first immigrated to the U.S. in 1815. Since then they have contributed to all aspects of American life, business, science, arts, culture and more. Despite over a century of contributions Chinese Americans are often still treated as outsiders. When do immigrants become Americans? What does it mean to be an American citizen? Who gets to decide? How has the question of who is American changed over time? Join us as we explore the story of Chinese immigrants and their path to citizenship and civil rights in the United States.

Karen J. Leong, Ph.D., is an Associate Professor of Women and Gender Studies and Asian Pacific American Studies in the School of Social Transformation at Arizona State University. She received her doctorate in US History from UC Berkeley, and has been at ASU since 1999. Her book, The China Mystique: Pearl S. Buck, Mayling Soong Chiang, Anna May Wong and the Transformation of American Orientalism was published by University of California Press in 2005. As with most of her research and teaching, it explores the intersections of gender, race, class, and nation by analyzing how these three very public women came to represent China to Americans during the 1930s and 40s. Her current research projects address Japanese American experiences in transnational Arizona, federal Japanese American and American Indian relocation policies, and Asian American and Pacific Islander women’s sexual health.

Who Gets to Vote? A Discussion of Voting Rights Today

Dozens of new voting measures have been introduced this year in Arizona and across the country. Why do these voting bills matter? Do they protect or suppress the public’s access to vote in local and national elections? How exactly does the electoral process work, and what will it look like in the future? Join us for a comprehensive examination of voting rights and voting and election laws in the U.S. from the past to present day.

Joshua Sellers, J.D., Ph.D., is an Associate Professor of Law in the Sandra Day O’Connor College of Law at Arizona State University. He received his J.D. and Ph.D. in Political Science from the University of Chicago. Prior to joining the ASU faculty, he was an Associate Professor at the University of Oklahoma College of Law, and a Postdoctoral Fellow in Law and Politics at Syracuse University’s Maxwell School of Citizenship and Public Affairs. His principal areas of research and teaching are election law, legislation and regulation, constitutional law, and civil procedure. His scholarship has been published or is forthcoming in the NYU Law Review, Vanderbilt Law Review, and Stanford Law Review, among others. 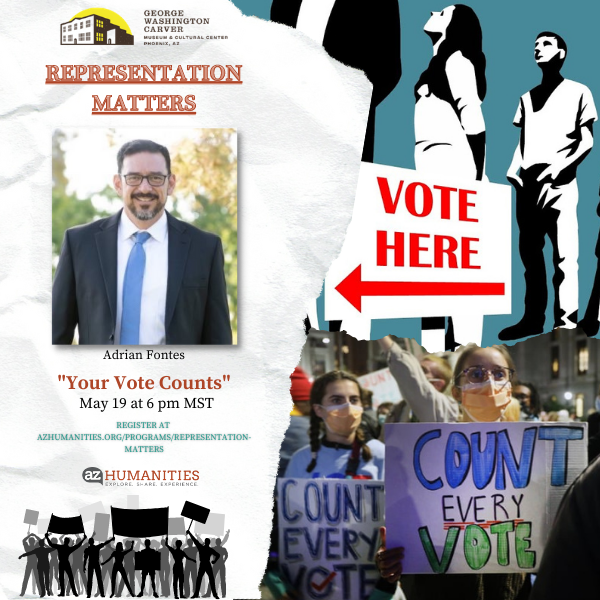 The right to vote is fundamental to democracy in the United States. So why is voting in the news every day? Why is voting in local and national elections important? How has the voting process changed over time? What is happening with voting in Arizona? What is the role of the County Recorder in the election process? Join us for a lively conversation with former Maricopa County Recorder, Adrian Fontes. Fontes will discuss the County Recorder’s duties, the registration and voting process, technological changes, and the experience of voters, young and old, from all backgrounds, across Arizona. Can the process be improved? Let’s talk about why voting matters.

Adrian Fontes was the 29th Maricopa County Recorder and is an attorney and an Honorably Discharged veteran of the United States Marine Corp. During his term as the Maricopa County Recorder, Fontes saw a half-million voter increase in the county’s voter registration rolls. His efforts to make improvements in the election system resulted in an increase of 600,000 voters in 2020. Fontes has been the recipient of national awards for innovation in technology from the National Association of County Officials and a Clearing House Award from the Federal Election Assistance Commission. Widely recognized for his bipartisanship and dedication to the fundamental rights of voters and ensuring access for all US citizens, Fontes now serves as the Chief Deputy Recorder in Tucson, Arizona.

This program was funded by the “Why it Matters: Civic and Electoral Participation” initiative, administered by the Federation of State Humanities Councils and funded by the Andrew W. Mellon Foundation. 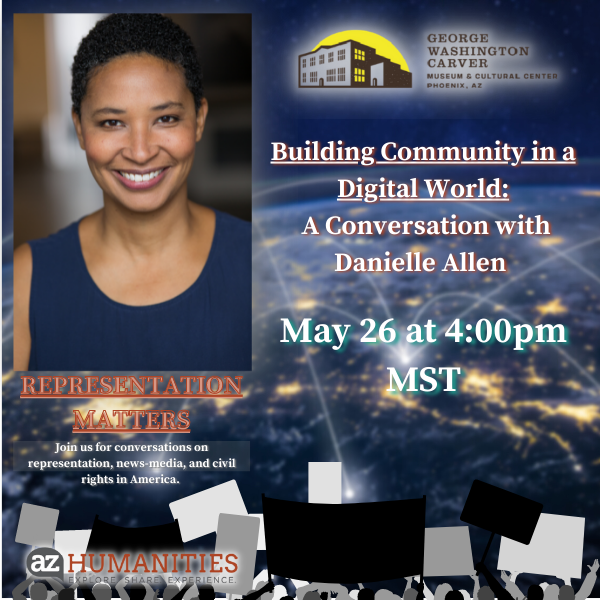 Building Community in a Digital World: A Conversation with Danielle Allen

Social media and the internet have fundamentally changed the way we consume news and interact with each other. Conversations once held face-to-face may now be conducted online, and reach audiences in our own communities, our nation, and the world. How has social media shaped the way we build communities? How has the digital age affected social activism and civic participation? To what degree are social media platforms influencing national dialogue? Some would argue that online movements have led to mainstream visibility and public demands for change, such as police and immigration reform. Others would argue that online movements have contributed to polarization and violence, such as the storming of the U.S. Capitol. Has social media strengthened or weakened democracy in the U.S.? What will civic participation and our democracy look like in the future? Join us for a timely conversation about civic participation in the digital age with Danielle Allen, Harvard University Professor and the Director of Harvard’s Edmond J. Safra Center for Ethics.

Danielle Allen is a brilliant and award-winning political theorist. She is the James Bryant Conant University Professor at Harvard University, and has published broadly in democratic theory, political sociology, and the history of political thought. Allen is widely known for her work on justice and citizenship in ancient Athens and modern America. Allen examines history with a uniquely modern lens. She underscores the historic connection between democracy in the United States and “civic agency,” the bridge to building and shaping communities today that embody diversity and equality. Allen is the 2020 recipient of the prestigious John W. Kluge Prize for Achievement in the Study of Humanity, and the author of many books including Talking to Strangers: Anxieties of Citizenship since Brown vs. the Board of Education (2004), Our Declaration: A Reading of the Declaration of Independence in Defense of Equality (2014), and Education and Equality (2016). She is the co-editor of the award-winning Education, Justice, and Democracy (2013) and From Voice to Influence: Understanding Citizenship in the Digital Age (2015).

Matthew Whitaker is a celebrated educator, historian, social justice advocate, and founder of the ASU Center for the Study of Race and Democracy, where he taught for 16 years. Whitaker is an expert in U.S. and African American history, race relations, social movements, and cultural competency. Whitaker’s numerous awards for teaching/training excellence include the 2016 DLA Diversity and Inclusion Award, ASU’s 2015 Pioneer Award for work on African American life and culture, and 2014 DLA Inclusive Workplace Award. Whitaker speaks throughout the U.S. and abroad, and has been featured on CNN, NPR, and PBS. His books include Hurricane Katrina: America’s Unnatural Disaster, Race Work: The Rise of Civil Rights in the Urban West, and his forthcoming memoir, The Undisputed Truth: A Revolutionary Journey to Black Manhood.

Recording not available for this event.

This program was funded by the “Why it Matters: Civic and Electoral Participation” initiative, administered by the Federation of State Humanities Councils and funded by the Andrew W. Mellon Foundation.