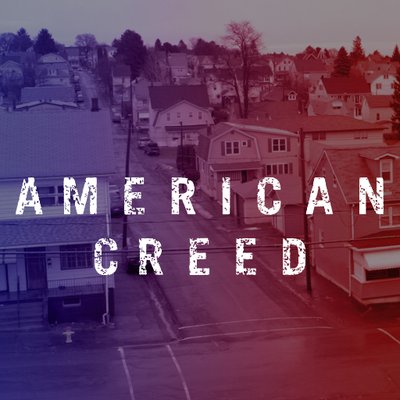 On March 7, Arizona PBS is partnering with the Chandler Public Library to host a special screening of highlights from “American Creed,” a new documentary exploring what it means to be American and whether a unifying set of beliefs – an American creed – can prove more powerful than the issues that divide us.

The public screening of “American Creed” takes place from 6:30-8 p.m., Wednesday, March 7, at the Chandler Downtown Library, 22 S. Delaware St. Registration for this event is required and can be done online at chandlerlibrary.libcal.com/event/3941864 or by calling 480-782-2800. A professional development session also will be held for teachers following the discussion from 8:15-8:45 p.m. Registration for this post-screening session also is required, either by phone or through the link above.

American Creed launches as a nationally televised PBS Special, and as a feature documentary on PBS.org, this month, beginning a robust public engagement campaign including community conversations, classroom activities and local storytelling in cities and towns across the country — all designed to foster a bold national conversation about American ideals and identity.