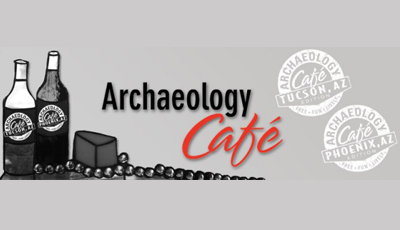 Knowledge seekers of every kind are welcome at Archaeology Café at The Loft Cinema for a series of programs exploring the deep and diverse history of Arizona.  Join us on Tuesday, February 5, 2019, for Precontact Agriculture, Tucson versus Phoenix: It’s Not the Same! by Dr. Gary Huckleberry.

Archaeologists have found strong evidence for irrigation agriculture in both the Tucson and Phoenix areas, but the histories of the two areas are very different. Canal irrigation is known from a much earlier date in the Tucson region, while Phoenix ultimately became home to the most massive and complicated irrigation systems later in time. Dr. Huckleberry will compare the two regions and explore how environmental and technological differences resulted in the variations we see in the archaeological record.