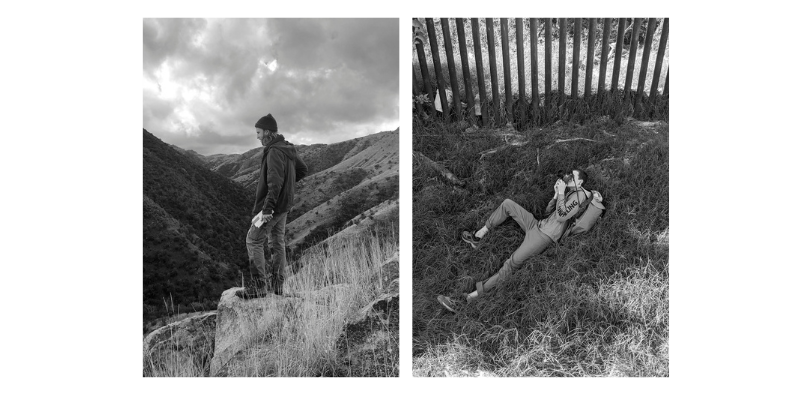 Along the US-Mexico border lies a remote expanse of the Coronado National Forest in Southern Arizona known as the Atascosa Highlands. An important biological and cultural corridor between Mexico and the United States, the Atascosas take up less than 1% of Arizona’s overall landmass, but host one-quarter of the state’s flora, including species which are found nowhere else in the United States. While conducting an ecological flora and photographic survey, documentary photographer Luke Swenson and naturalist and writer Jack Dash, observed firsthand the complex cultural, historical, and ecological significance of this notoriously rugged landscape. They examined the region’s use as a migratory and smuggling route, and witnessed recent border wall construction and ongoing environmental and social disruptions in the area.  The ecological survey and their observations inspired them to create Atascosa Borderlands, a community-based visual storytelling project combining original film photography, recorded oral history interviews, a botanical collection, and digital archive of historical photographs from community members, State and National archives.  This interactive session will explore the nuanced realities of the Arizona-Sonora Borderlands, the voices of cattle ranchers, ecologists, humanitarian aid workers, migrants, militia members, coues deer hunters, ex-border patrol agents, and indigenous community members.

This program is part of the Climate Conversations series hosted by Arizona Humanities.

Jack Dash is a naturalist and writer based in Tucson, Arizona. He works as a horticulturist with the Arizona-Sonora Desert Museum and is Vice President of the Tucson Native Plant Society.

Luke Swenson is a documentary photographer based in Portland, Oregon. He is a graduate of Pratt Institute’s BFA Photography program in Brooklyn, New York.