Atascosa Highlands Revisited: A Shifting Landscape at the US-Mexico Border with Luke Swenson and Jack Dash 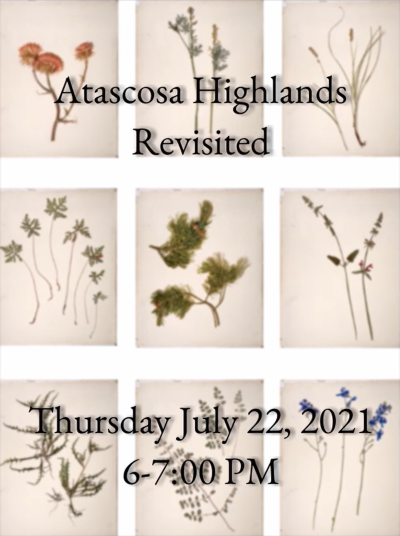 Along a remote stretch of the US-Mexico border lies the mountainous terrain of the Atascosa Highlands in the Coronado National Forest. Abundant in biological diversity, the Atascosa Highlands are home to numerous species of flora and fauna. When documentary photographer Luke Swenson and ecologist and writer Jack Dash embarked on a botanical survey of the area in 2017, they found that the rugged landscape was defined not only by its rich ecology but also profoundly shaped by human activity. They developed a transdisciplinary storytelling project, Atascosa Borderlands, to document the complex natural and cultural history of the region. Their work is layered with original film photographs, oral history interviews, found artifacts, floral specimens, and more, creating a textured record of an environment undergoing dynamic transformation from human migration to border wall construction to climate change. Join Luke and Jack for a conversation about the evolution of their project, from its beginnings to future explorations as they prepare to return to the Atascosa Highlands.

This program is hosted by Arizona Humanities.

Luke Swenson is a film-based documentary photographer and visual storyteller based in Portland, Oregon. He is a graduate of Pratt Institute’s BFA Photography program in Brooklyn, New York.

Jack Dash is an ecologist and writer based in Tucson, Arizona. He is vice president of the Arizona Native Plant Society in Tucson and works for the non-profit native plant nursery Desert Survivors.