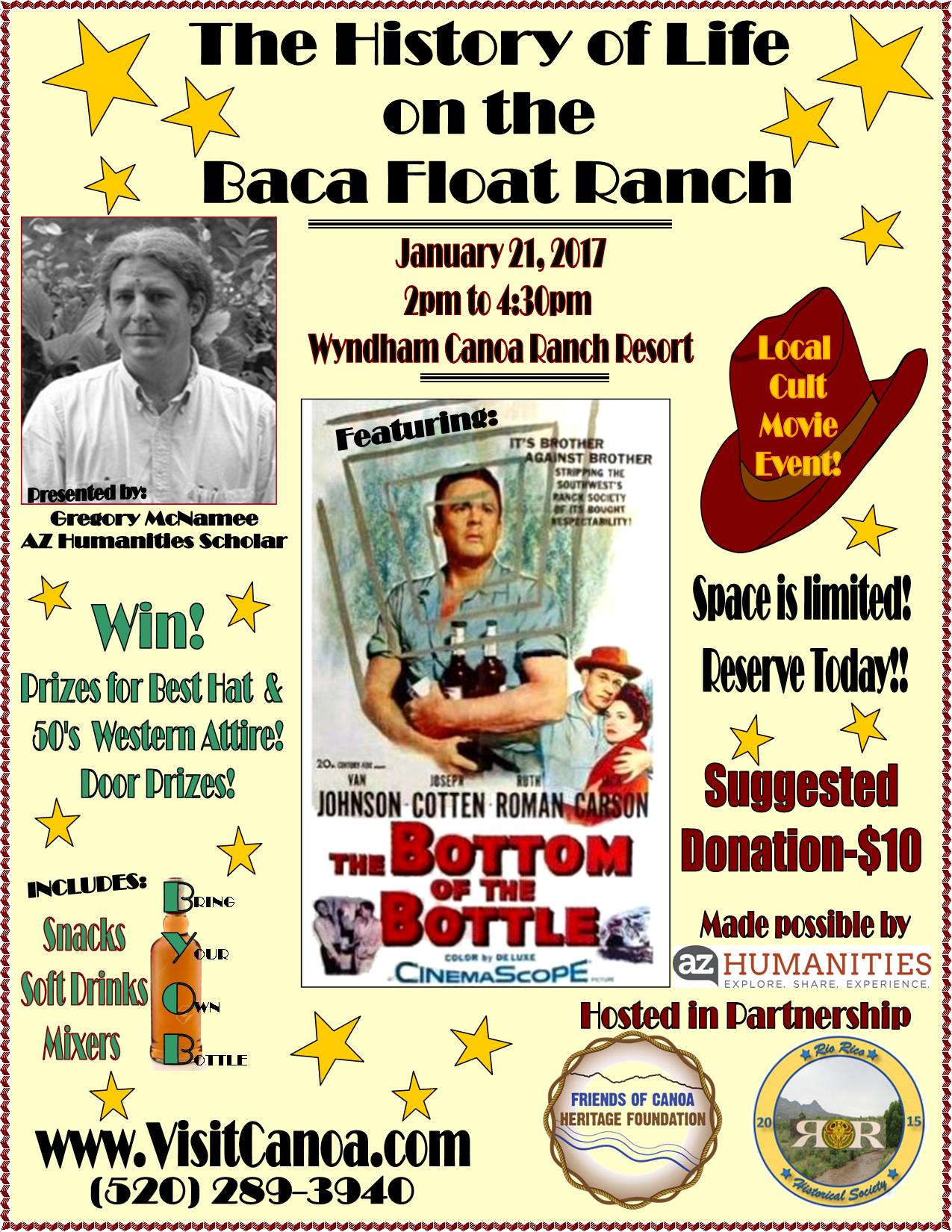 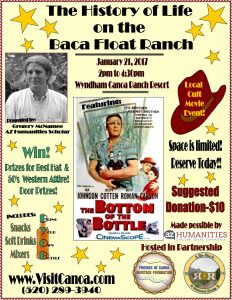 Back by popular demand, Gregory McNamee offers a lively look into the movies made and stars who shared stories of western lifestyles in and around Canoa, followed by a viewing of a locally inspired 1956 film “The Bottom of the Bottle.”

Baca Float Ranch was located south of Canoa Ranch before it became Rio Rico, and no longer exists.  Howell Manning, Sr., with a Victorian mansion at Snob Hollow in Tucson and the owner of the huge Canoa Ranch, introduced Georges Simenon in 1947 (author of The Bottom of the Bottle) to the gentlemen ranchers of “Santa Booze Lane” through Tol Pendleton (the majority owner of Baca Float Ranch).

“The Bottom of the Bottle”, became a 1956 Fox Movie production that shares a visiting author’s perception of the people who lived on Baca Float Ranch, and their social lifestyle.