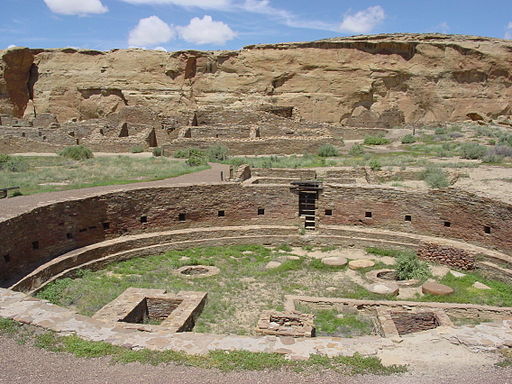 With its monumental architecture, exotic artifacts, and immense scale by regional standards, Chaco stands out as different from any other archaeological expression in the northern Southwest. Like the blind men examining the elephant, archaeologists have touched Chaco and found Mesoamerican traders, complex chiefdoms, city-states, ritual landscapes, a destination for pilgrims, and some have even argued that on a global scale, Chaco may be unique – tantamount to picking “none of the above.” In this presentation, Ware argues that the key to understanding Chaco may lie in understanding the descendants of Chaco: the historic Pueblo Indians of New Mexico and Arizona.

A fourth-generation Arizonan, John Ware is an anthropologist and archaeologist whose research and teaching focus on the prehistory and ethnohistory of the northern Southwest, where he has worked for over 40 years. Ware earned his Ph.D. in anthropology from the University of Colorado in 1983 and was director of the Laboratory of Anthropology and founding director of the Museum of Indian Arts and Culture in Santa Fe. Since 2001, Ware has served as executive director of the Amerind Foundation in Dragoon, Arizona. He has served on the board of the Arizona Humanities Council since 2009.