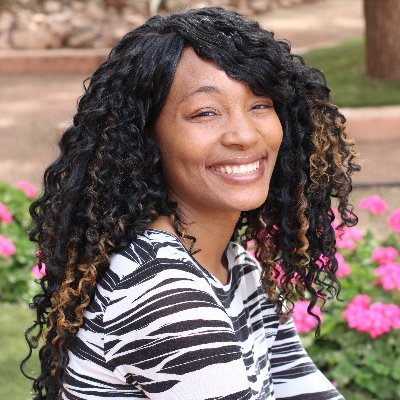 Communication and secrecy were key to the successful operation of the Underground Railroad. Safety was more important than quickness. Both fugitive slaves and members of the Underground Railroad learned to code and decode hidden messages, and to disguise signs to avoid capture. There were code names for routes and code numbers for towns. A quilt hanging on a clothesline with a house and a smoking chimney among its designs indicated a safe house. The song, “Follow the Drinking Gourd” served as directions to Canada. Using storytelling, activities and songs, this presentation will depict the ingenuity and resiliency used by those involved in the Underground Railroad to help over 100,000 slaves escape to freedom between 1810 and 1850. This program is being co-hosted by Mohave Community College-Lake Havasu Library. REGISTER HERE.

ABOUT THE SPEAKER
Dr. Tamika Sanders is an entrepreneur who decided to become an educator to help address the lack of minority faculty in higher education, and serve as a role model for minority students who rarely see people of color in academia. Through her company Savvy Pen, Dr. Sanders prides herself on working with schools to build inclusive classrooms, conducting multicultural training for educators, and creating interactive programs that incorporate arts learning to bridge cultural and socioeconomic divides. She hopes to continue using the arts to break barriers, unite people, and create social change.