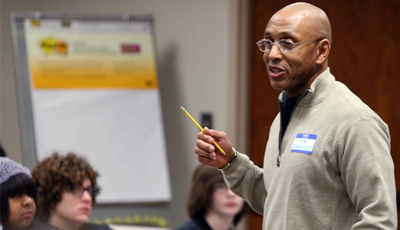 Dr. Martin Luther King, Jr. and Minister Malcolm X were both pivotal figures whose shoes have yet to be adequately filled by successors. Their voices were a clarion call to America to take note of the disparities faced by African Americans.  While their approaches to ameliorating these inequitable conditions were far from similar, they were both adamant in their mutual efforts to articulate the political oppression, economic exploitation, and social degradation experienced by African Americans. The audience will leave this presentation with a fuller understanding of and appreciation for the similarities of these two freedom fighters. 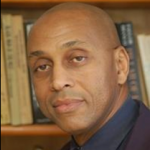 Ahmad Daniels holds a Master of Education from the University of North Carolina in Charlotte and for decades has facilitated workshops both within and outside of the U.S. that serve to broaden people’s understanding of the African American experience.  He played an active role in the 2001 United Nations World Conference on Racism, Racial Discrimination, Xenophobia and Related Intolerance, and he has chaired meetings of the Global Afrikan Congress in Amsterdam, London, Berlin, Paris, and Accra.  To keep his mind and body sharp, he is an active athlete, having completed over a dozen marathons.