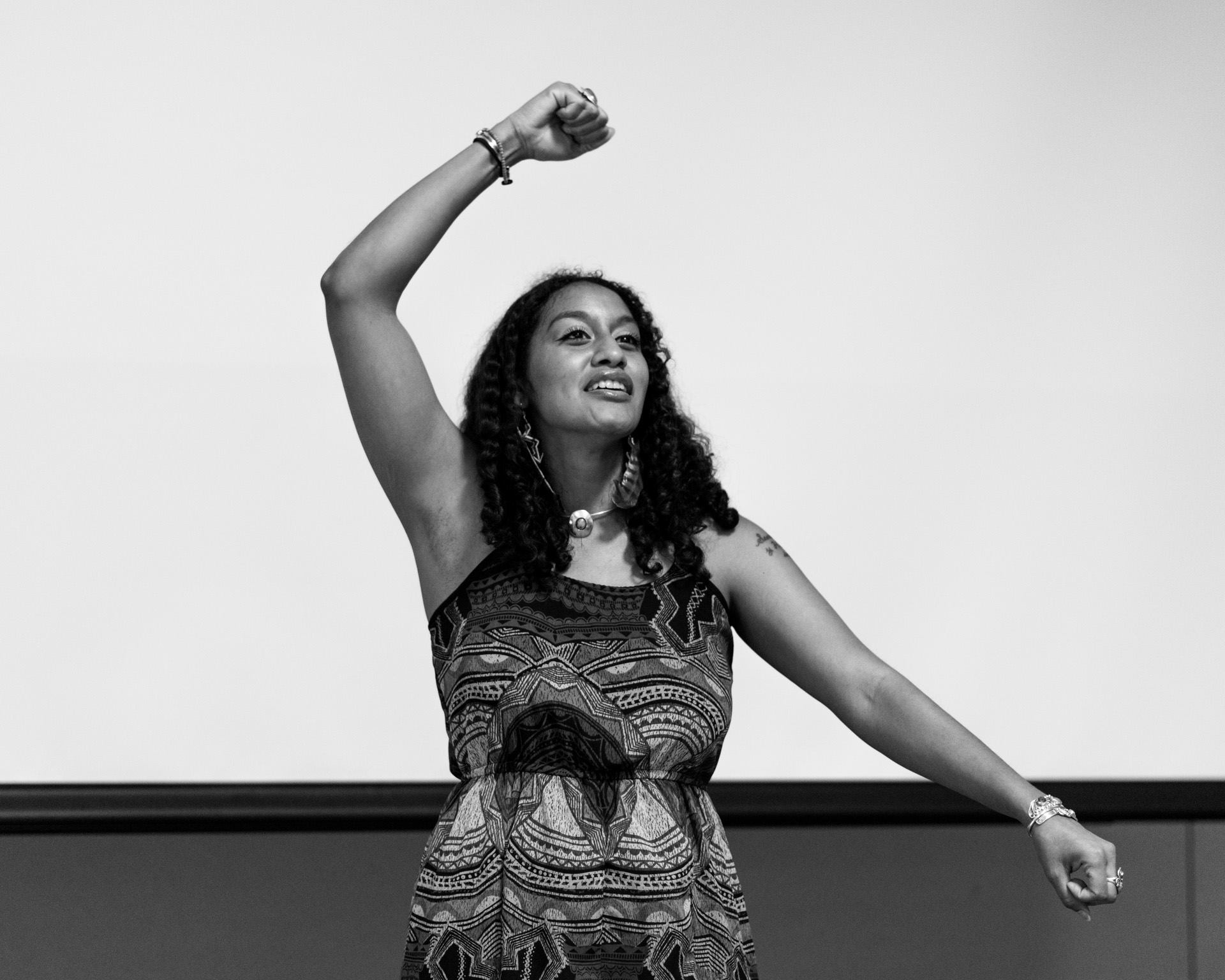 The month of April shares a powerful duality, recognized as National Poetry Month, April is also a time to raise awareness around sexual assault and violence. It is fitting that the month used to honor artistic expression of word also shares space with the work to raise and uplift voices of survivors. Join spoken word artist, Leilani Clark, as she shares her journey using writing as a method to heal from trauma, validate her truth and break through silence. Strategies will be explored to transition written word to spoken word and build confidence in stage performance and personal story telling. 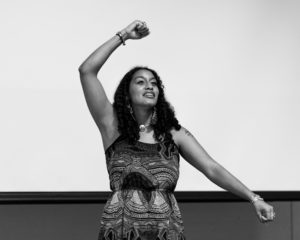 Leilani Clark is a native-born Tucsonan of Native (Diné/Santa Clara) and African American heritage. She is a community organizer and activist who has been involved in the Immigrant Rights Movement and fight to preserve cultural education in public AZ schools before, during and after the 2010 signing of anti-Migrant bill, SB 1070, and anti-Ethnic Studies bill, HB 2281. Leilani’s political analysis further broadened around gender equality after surviving sexual assault and an oppressive rape culture of silence and victim-blaming. In 2013 Leilani began dabbling in the art of spoken word to confront silence around gender violence in movement spaces and in 2014 she relocated to Las Vegas, NV where she further explored the art of slam poetry. Leilani fired up the local Sin City open-mic scene, regularly performing poetry, music and previously co-hosting Las Vegas’s longest running weekly open-mic, “The Human Experience.” The winds recently brought her back to her hometown and she’s been actively using the art of slam poetry to convey messages of cultural pride, social justice, healing and empowerment.