Following the Bugle: Military Wives on the Arizona Frontier with Jan Cleere 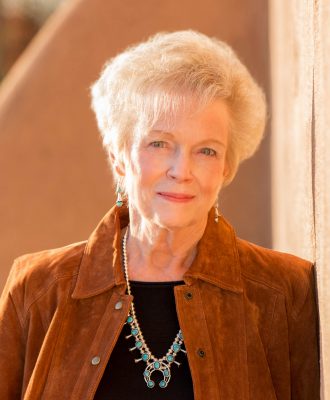 When the US Army ordered troops into Arizona Territory in the 19th century to protect and defend newly established settlements, military men often brought their wives and families. Most of the women were from refined, eastern-bred families with little knowledge of the territory. Their letters, diaries, and journals from their years on army posts reveal untold hardships and challenges. They learned to cope with the sparseness, the heat, sickness, and danger, including wildlife they never imagined. These women were bold, brave, and compassionate. They became an integral part of military posts that peppered the West and played an important role in civilizing the untamed frontier. Combined with research tracing their movements from post to post, their personal stories personify the tragedies and triumphs many early military wives endured.

This program is cohosted by Senior Services Inc. – Encore For More. This is an in-person event.

Award-winning author, historian, and lecturer Jan Cleere writes extensively about the desert southwest, particularly the people who first settled the territory. She is a magna cum laude graduate of ASU West with a degree is American Studies, and the author of six historical nonfiction books about the people who first ventured west. She lectures around the state about early pioneers who were instrumental in colonizing and civilizing Arizona Territory. Jan writes a monthly column for Tucson’s Arizona Daily Star, “Western Women,” detailing the lives of some of Arizona’s early amazing women. Her freelance work appears in national and regional publications.