From Hollywood Stereotypes to Social Activism: Asian Americans in the Media 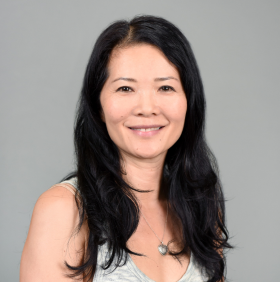 This program is hosted by Arizona Humanities and the George Washington Carver Museum and Cultural Center. This program was funded by the  “Why it Matters: Civic and Electoral Participation” initiative, administered by the Federation of State Humanities Councils and funded by Andrew W. Mellon Foundation.

Dr. Karen Kuo is associate professor of Asian Pacific American Studies in the School of Social Transformation at Arizona State University. Her fields of interest include literary and cinematic studies and social and cultural theories of race, gender, and sexuality. Her book, East is West and West is East: Gender, Culture, and Interwar Encounters between Asia and America (Temple University Press, November, 2012) examines the geopolitical imaginaries of US orientalism in film and literature during the interwar period. Her two current projects include an edited anthology on Taiwanese Americans, Remembering the Beautiful Island: Critically Considering Transnational Taiwanese/America, and a monograph on representations and discourses of reproduction and mental illness through Asian/American women’s narratives. Dr. Kuo also actively works within the APA community in Arizona by giving presentations about the role of Asian Americans and Pacific Islanders in US history and culture.