Although history tries to tell us ONLY men settled the Old West, that is shattered by Jana’s verbal tour through some of the amazing women who made all the difference. Any woman who came West in the 1800s had to be full of grit and spit to survive and Jana has collected the stories of dozens of women who prove it. Ever heard of Donaldina Cameron or Biddy Mason? Sharlot Hall or Pearl Hart—Arizona’s infamous stagecoach robber? Jana reveals the contributions of women like Lozen, the Apache warrior considered the “Joan of Arc” of her people, and Terrisita, the most famous Mexican woman in the nation at the turn of the century. Meeting these women, you will never think of the Old West the same again! 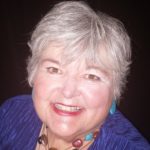