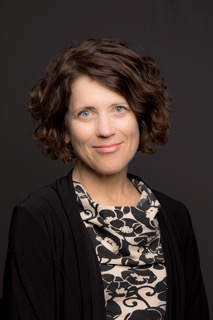 A dramatic surge in human activity, known as the Great Acceleration, transformed our natural world beginning in the mid-twentieth century. People’s relationship with the planet fundamentally shifted. Around this time in the United States in the late 1960s and into the 1970s, literature, literary production, and literary consumption became keenly attuned to ecological consciousness. Two significant, intersecting concerns informed this trend: the social dissonance and environmental destruction created by consumer capitalism, and the changing ideas around individual consciousness. Join us as Dr. Gioia Woods explores the environmental and cultural shifts that informed this new ecological consciousness and look at the ways literature of the era came to embody these changing values.

Gioia Woods is professor of Humanities, president’s distinguished teaching fellow, and chair of the Department of Comparative Cultural Studies at Northern Arizona University. Dr. Woods’s teaching and research in the environmental humanities focuses on the ways in which humans understand and construct relationships with the non-human natural world. A recent Fulbright Teaching Fellow trained in American literature, Dr. Woods is the author of articles on environmental literature, American literature of dissent, and literature of the American West.