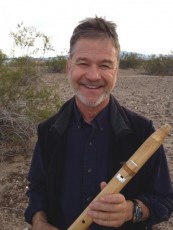 In pioneer Arizona, among the best places to experience the performing arts were in the mining towns. Striking it rich meant having disposable income and miners, like the well-heeled of the Gilded Age, wanted to demonstrate their sophistication with culture. From the early popular music of ragtime and minstrelsy evolved orchestras, operas and glee clubs that performed in Tombstone and other hamlets. Perhaps the most popular form of musical entertainment was the concert band, in shells and stages throughout the state. Craváth shares stories and plays music of a time when performing live was the only way to enjoy the arts. 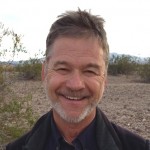 Jay Craváth is a composer, musician, writer, and scholar in the field of music and Indigenous studies. He holds a Ph.D. from Arizona State University in curriculum and instruction, with an emphasis on cultural education.  He crafts programs built on his interests, creating interactive experiences that include stories, musical performances, illustrations and photography. His most recent publication is The Mohave Book for Little Ones. Craváth currently serves as the Cultural Director for the Chemehuevi Indian Tribe.