How I Learned English 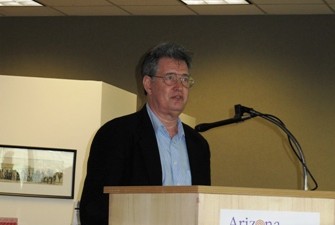 Learning English as a second language comes with a lot of baggage. It’s not just “i” before “e” except after “c.” Influences include family, economics, culture, immigration, geography, politics, the law, and education. This presentation focuses on the different ways people learn English. Surprisingly, most people surveyed, learned English by simply being tossed into the deep end of the pool, as it were. Audience members who recall learning English will testify to their experiences. 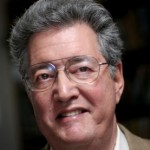 Tom Miller has been bringing us extraordinary stories of ordinary people for decades. His books include The Panama Hat Trail (South America), On the Border(the U.S.-Mexican frontier), Trading With the Enemy(Cuba), and Revenge of the Saguaro(the Southwest). He has appeared in Smithsonian, Rolling Stone, and The New York Times, among other publications. Born and raised in Washington, D.C., Miller attended college in Ohio, and since 1969 has lived in Arizona. He is affiliated with the University of Arizona Latin American Area Center, and has taught writing workshops in four countries. He owns 80 versions of “La Bamba.”