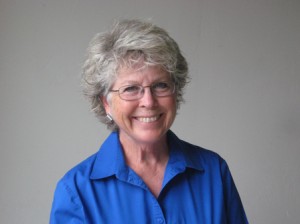 Artist Kate Cory, 1861-1958, learned of the Hopi Mesas in 1905 through a lecture at the Pen and Brush Club in New York City. By fall of that year, Kate Cory made the decision to travel to Arizona and spend time among the Hopi People. For the next seven years Kate lived in the mesa-top villages where she painted and photographed ceremonies and everyday Hopi life, becoming the first artist to extensively spend time among the Hopis. Kate’s lifetime of writings, paintings, and photographs document an important time in Hopi culture, as well as Arizona scenes. Kate Cory was an adventurer, and an uncommon woman of her time. The works of her life are a priceless Arizona legacy.

Carolyn O’Bagy Davis, a fourth-generation descendant of Utah pioneers, is the author of 14 books on archaeology, quilting and the history of the Southwest. Her book Hopi Summer was selected for OneBook Arizona for 2011 and Desert Trader was named one of the Best Books of the Southwest in 2012. She was founding president of the Tucson Quilters Guild and Old Pueblo Archaeology Center, and is an inducted member of the Society of Women Geographers and the Arizona Quilters Hall of Fame. Davis has appeared on HGTV, PBS, and Lifetime television programs and has curated many traveling museum exhibits.