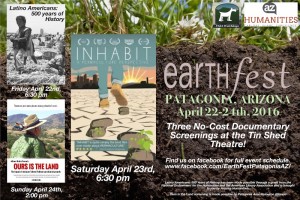 Widespread immigration to the U.S. from Latin countries begins – first with a small group from Cuba, then a larger one from Mexico. Both flee chaos and violence in their home country and are attracted by opportunities in the United States. In 1898, the U.S. helps liberate Cuba and Puerto Rico from Spain but then seizes Puerto Rico as its colony. The first Puerto Rican arrivals (now U.S. citizens) establish a network in New York.

Juan Salvador Villaseñor whose story is told by his son, Victor, flees the violence of the Mexican revolution of 1910, along with his mother and two sisters. We follow Juan Salvador’s story; first through a grueling journey and poverty, then as a bootlegger, and finally as a successful businessman along with his wife and children in the United States.

During the 1920s, immigration is encouraged with the expanding U.S. economy. Mexicans and Mexican Americans build a thriving community in Los Angeles and look forward to a bright future. But when the economic boom of that 1920s ends with the catastrophic Depression of the thirties, the pendulum swings. Immigrants encouraged to immigrate in the 20s are deported en masse in the 30s. Emilia Castaneda loses her home and her family when she and her father and brother are deported to Mexico, despite the fact that Emilia and her brother are U.S. citizens. Puerto Ricans, also caught in the depths of the Depression, rebel against U.S. rule on the Island, and eventually gain Commonwealth status from the U.S. Government.

Join Arizona Humanities this spring to explore Latino history and culture! Selections from the NEH-supported documentary film Latino Americans, created for PBS in 2013 will be shown in Flagstaff, Patagonia, Miami, and Yuma. Each host site is paired with a different film and theme to discuss with audiences. The award-winning series chronicles the history of Latinos in the United States from the 16th century to present day. Watch the trailer and learn more about the series at www.pbs.org/latino-americans/en.

In 2015, Arizona Humanities was selected to receive a competitive Latino Americans: 500 Years of History grant from the National Endowment for the Humanities (NEH) and the American Library Association (ALA). The spring film screenings expand public programming about Latino history and culture that began last fall. Author Stella Pope Duarte shared the mythical stories of Latino origins, Dr. Felipe Hinojosa shared the history of Latino Menonites’ contributions to the Civil Rights Movement, and the Musical Instrument Museum presented the Experience the Andes program which featured music, dance and art from countries in South America, site of the Andes mountain range.