More than Pocahontas and Squaws: Indigenous Women Coming into Visibility 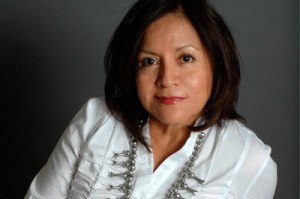