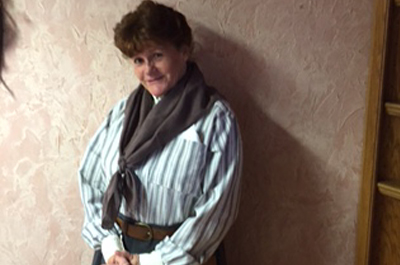 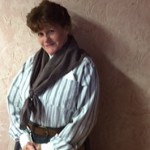 Jody Drake was born and raised in Prescott Arizona and still calls it home.  She is the Founding Director of Blue Rose Theater. Drake worked at the Sharlot Hall Museum in Prescott AZ for 18 years and has performed throughout the state. Drake has been presenting Sharlot Hall to Arizona audiences for the last 16 years.  Her first person presentation is rich with poetry and the history of Sharlot Hall’s Arizona. She mixes the rich stories of the west with an enchanting combination of humor and fact. She is at ease with all age levels. Jody has presented for Ex-Governors Brewer, Napolitono, and Hull; as well as, Sandra Day O’Connor, Polly Rosenbom, and Raoul Castro.