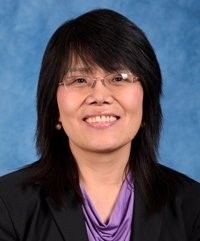 A “paper son” is a term used for young Chinese immigrants coming to the United States prior to 1943 who claimed to be a son of a citizen but were, in fact, sons on paper only. In 1882, the Chinese Exclusion Act was passed to curb Chinese immigration to the U.S. The passage of this federal law and many other legislations subsequently ushered in a long period in the U.S. history when the Chinese were systematically and severely restricted from entering the country and excluded from becoming naturalized citizens. To counter these unjust, discriminatory legislations, the Chinese created ingenious ways of bringing in their close kin, clan relatives or even fellow villagers. Using false identities and claiming to be sons of American citizens of Chinese ancestry was one of the most widely adopted immigration strategies. But such processes were long, complex and painful and had enduring negative effects on the lives and psyches of the immigrants involved, as revealed by the stories of the paper sons among the Gin clan in Tucson’s Chinese community.

This program is cohosted by Mesa Public Library District – Main Branch. This a virtual event.

Dr. Li Yang has been an Arizona Humanities Road Scholar in the AZ Speaks Program since 2015. A recipient of the C.L. Sonnichson Award for best article in The Journal of Arizona History in 2011, her writings, concerning topics ranging from Chinese history to Chinese-American history, have appeared in The Journal of Arizona History and some major magazines and newspapers in both Taiwan and mainland China. Additionally, Dr. Yang is also a prolific translator. She has translated three books from English to Chinese in the areas of modern Chinese history and Sino-American relations during the Cold War era. Li received her Ph.D. in East Asian Studies from the University of Arizona in 2004 and taught variously at the University of Arizona, the Arizona State University and Pima Community College. She also held a full-time faculty position at the Embry-Riddle Aeronautical University from 2010-2013.