Performing From Place: Earth to Microphone with Ken Lamberton – Bisbee 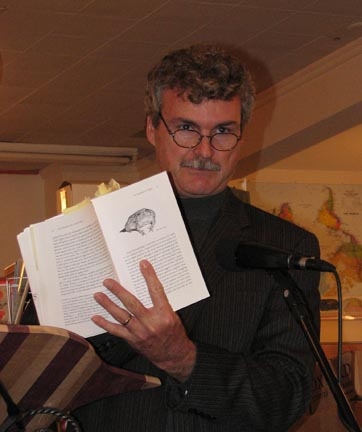 Performing From Place: Earth to Microphone

Ken Lamberton will read lyrical prose and poems from his book Wilderness and Razor Wire and from other publications, focusing on his experiences with the natural world in southern Arizona where he has lived for 50 years.

Ken Lamberton is the author of Wilderness and Razor Wire (Mercury House, 2000), which won the 2002 John Burroughs Medal for outstanding nature writing.  He has published six books and hundreds of articles and essays in places like the Los Angeles Times, Orion, Arizona Highways, the Gettysburg Review, and The Best American Science and Nature Writing 2000.  In 2007, he won a Soros Justice Fellowship for his fourth book, Time of Grace: Thoughts on Nature, Family, and the Politics of Crime and Punishment (University of Arizona Press, 2007).  His latest book, Chasing Arizona: One Man’s Yearlong Obsession with the Grand Canyon State (University of Arizona Press, 2015), is a 2015 Southwest Book of the Year.  Lamberton holds degrees in biology and creative writing from the University of Arizona.