Plants, Inspiring the People: Reflections on Hualapai Ethnobotany of the Grand Canyon – Prescott

Plants, Inspiring the People: Reflections on Hualapai Ethnobotany of the Grand Canyon 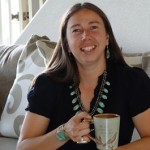 Carrie Cannon is a member of the Kiowa tribe of Oklahoma and is also of Oglala Lakota descent. She has a B.S. in Wildlife Biology, and an M.S. in Resource Management. She began working for the Hualapai Tribe of Peach Springs, Arizona in 2005 where she began the creation of an intergenerational ethnobotany program for the Hualapai community. She is currently employed as an Ethnobotanist for the Hualapai Department of Cultural Resources. She administers a number of projects promoting the intergenerational teaching of Hualapai ethnobotanical knowledge working towards preservation and revitalization to ensure tribal ethnobotanical knowledge persists as a living practice and tradition.