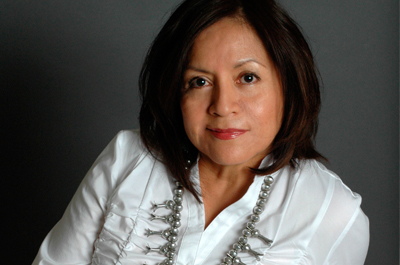 Laura Tohe is Diné/Navajo.  She is Sleepy Rock clan born for the Bitter Water clan. A librettist and an award-winning poet, she has written 3 books of poetry, edited a book of Native American Women writing, and the oral history book, Code Talker Stories. Her commissioned libretto, Enemy Slayer, A Navajo Oratorio made its world premiere in 2008 and was performed by The Phoenix Symphony.  She is Professor with Distinction in Indigenous Literature at Arizona State University and is the Poet Laureate of the Navajo Nation for 2015-2019.