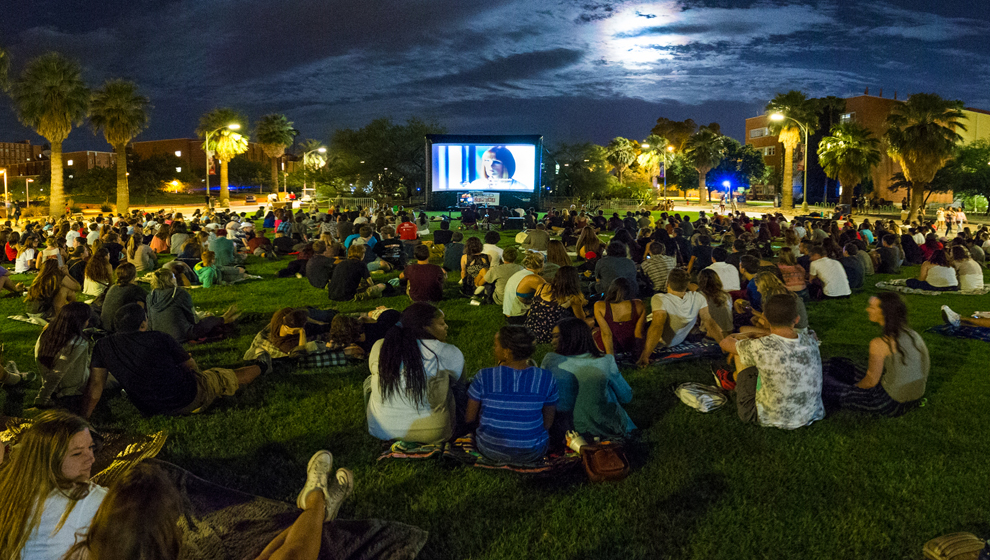 This screening is part of The Loft Cinema’s Rolling Reels series, a community-building program that takes carefully curated films for free screenings in underserved rural areas, providing a unique cultural experience. The movies will travel across Southern Arizona in The Loft Solar Cinema, a van outfitted with solar panels that will power a 20-foot inflatable screen and state-of-the-art mobile projection system. Made possible by a grant from Arizona Humanities.

Ricky (Julian Dennison), a defiant young city kid whose numerous offences include graffiti, littering, smashing stuff, breaking stuff, stealing stuff, throwing rocks and running away, gets one last chance when he’s placed in a foster home in the New Zealand countryside. After quickly settling into his new life on the remote farm, tragedy strikes and Ricky finds himself on the run with his cantankerous foster uncle (Sam Neill) in the wild New Zealand bush. A national manhunt ensues, and the two are forced to put aside their differences and work together as a team as they are thrust into a hilarious and heartfelt adventure. Equal parts road comedy, coming-of-age drama and ‘80s adventure film homage, director Taikia Waititi (What We Do in the Shadows) masterfully weaves lively humor and action with emotionally honest performances from film veteran Sam Neil and newcomer Julian Dennison. Never short on laughs, Hunt for the Wilderpeopleis a touching story about the perilous journey called “growing up” (at any age) and those who help up along the way. (Dir. by Taika Waititi, 2016, New Zealand, 101 mins., Rated PG-13)