Roy Orbison: One of the Lonely Ones U.S. Film Premiere 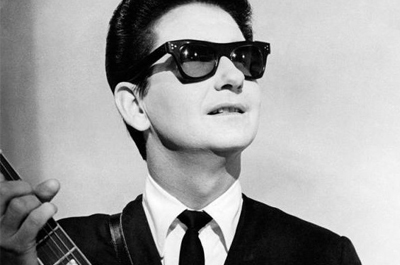 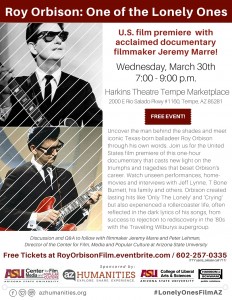 Uncover the man behind the shades and meet iconic Texas-born balladeer Roy Orbison through his own words. Join us for the United States film premiere of this one-hour documentary that casts new light on the triumphs and tragedies that beset Orbison’s career. Watch unseen performances, home-movies and interviews with Jeff Lynne, T Bone Burnett, his family and others. Orbison created lasting hits like ‘Only The Lonely’ and ‘Crying’ but also experienced a rollercoaster life, often reflected in the dark lyrics of his songs, from success to rejection to rediscovery in the ’80s with the Traveling Wilburys supergroup.

Discussion and Q&A to follow with filmmaker Jeremy Marre and Peter Lehman, Director of the Center for Film, Media and Popular Culture at Arizona State University

*Note: This is event is free and open to the public. Due to overwhelming response, seats will be filled on a first come, first served basis. Registration does not guarantee a seat*