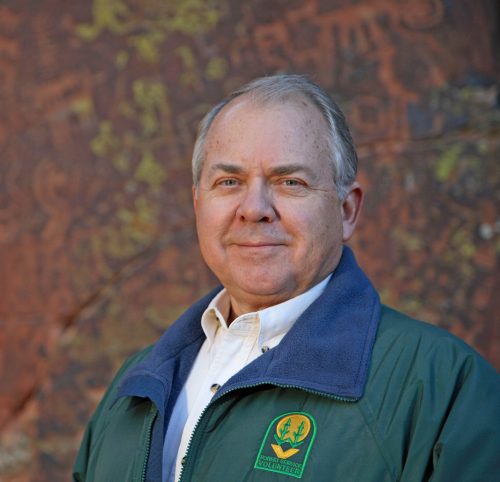 The occurrence of meteorites on archaeological sites in North America has been known since the early 19th century. From the Hopewell culture in the eastern United States to the Indians in the American Southwest and northern Mexico, meteorites have been found on these ancient sites. Much like meteorite hunters of today, ancient Native American cultures actively engaged in meteorite collecting. Several meteorite fragments from Meteor Crater near Flagstaff have been discovered at ancient dwellings in Central Arizona. This talk will describe these meteorite locations, how they were associated with Meteor Crater and how one of the meteorites, using radiocarbon dating, established its location within a ruin and confirmed the date of the ruin’s destruction.

This program is cohosted by the Arizona Archaeological Society – San Tan Chapter. This is an in-person event.

Ken Zoll is the Executive Director of the Verde Valley Archaeology Center in Camp Verde, and the Regional Coordinator of the site steward program of Arizona State Parks and Trails, charged with the monitoring of several prehistoric sites in the Verde Valley. Ken is also a volunteer docent at the cultural heritage sites in the Coconino National Forest. His archaeology specialty is ancient astronomy practices and he has conducted many studies within the Coconino National Forest and for the City of Springerville Arizona. He is a certified instructor in ancient astronomical practices with the Arizona Archaeological Society. Ken has authored three books, Sinagua Sunwatcher and Understanding the Rock Art of Sedona and the Verde Valley. All proceeds from the sale of his books go to Verde Valley Archaeology Center. His latest book entitled Heart of the Sky: Ancient Astronomy Practices in Central Arizona describes his astronomy discoveries over the past eight years.