Teresa Urrea, the 19th-Century Mexican Mystic, in the Novel and the Newspaper with Dr. Amber Workman 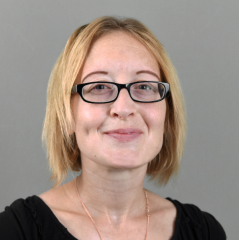 This presentation is on Teresa de Urrea, a nineteenth-century Mexican healer, mystic, and social justice advocate who was revered by many, especially the poor and oppressed and those of indigenous background. After being blamed for inciting locals to take part in what would eventually become one of the rebellions that led to the Mexican Revolution, Urrea was exiled to Nogales, Arizona. This talk looks at different representations of this folk saint in fiction and in the press, who remains a fascinating, although not always widely known, part of our Southwestern history.

This program is cohosted by The Museum of Casa Grande. This is an in-person* event.

Amber Workman holds a Ph.D. in Hispanic Languages and Literatures from the University of California, Santa Barbara. She is currently Instructor of Spanish at Arizona State University. Her research focus is Mexican literary and cultural studies.

*The speaker will be presenting virtually. The program will be streamed in-person and moderated by in-person staff.