Gratton uses unique census data, images, and maps to reveal the historical experience of Indians, Hispanics, other Americans, and immigrants in the region we call the American Southwest. Before the Mexican American War, the region was dominated by indigenous nations. Migrants from other parts of the United States and European immigrants sparked a rapid growth of population after 1848 and, between 1900 and 1930, mass immigration from Mexico created the distinctive Southwest we know today. 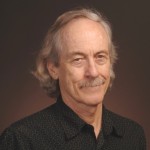