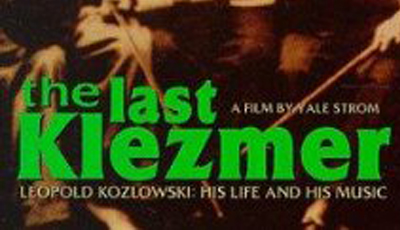 Join the Arizona Jewish Historical Society for a film screening of The Last Klezmer and post-film discussion with director Yale Strom.

The Last Klezmer follows 69 year old Polish-Jewish klozmer musician Leopold Klozlowski as he returns, for the first time in fifty years, to the Polish village where he was raised. Though his parents were killed by the Nazis, and he himself spent much of the war in concentration camps, Klozlowski emerged from the experience devoted to keeping alive his cultural heritage and Klezmer music. As this charming and moving film shows, both Klozlowski and his music have survived and remain vibrant and inspiring. Please RSVP to 602-241-7870 or lbell@azjhs.org.