“The Roads Are for the Timid”: The Arizona Adventures and Romance of Mai Richie Reed* 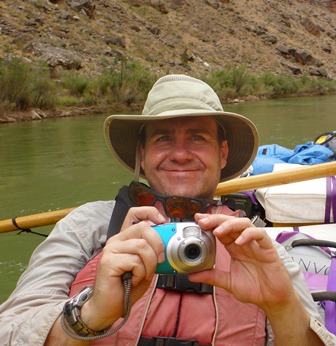 In 1907, an adventurous young woman from Philadelphia hopped on a train to see the distant Grand Canyon and thus launched an adventure that would change the course of her life.  Over the next several years, she visited the mesa-top pueblo of Acoma, explored the Grand Canyon, lived in a rustic cabin, and struck up a romance with a famous early Arizona painter.  Based on Reed’s recently discovered travel journals and photographs, this presentation describes one woman’s experiences during the waning years of the Arizona territory and the impact of Western culture on the women’s rights movement.

Raised in Flagstaff, Arizona, Erik Berg is an award-winning historian and writer with a special interest in the early twentieth century Southwest and the impact of science and technology.  In addition to contributing to several books, his work has appeared in the Journal of Arizona History, Arizona Highways, and Sedona Magazine.  A past president of the Grand Canyon Historical Society, Berg currently lives in Phoenix.