The Sixties:  The British Invasion – Tucson 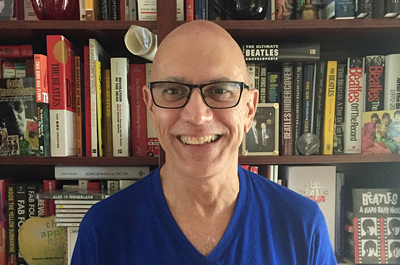 This session will focus on the phenomenon rise of the British pop and rock acts that invaded our shores in the 1960s, which captivated a generation whose influence endures five decades later.  From pop groups (The Beatles, The Dave Clark Five, The Animals, The Kinks) to the psychedelic and progressive bands (The Who, Pink Floyd, Cream, Traffic), we will explore highlights from landmark recordings that clearly defined this British pop renaissance era.  Our journey will also include aspects of popular culture (including cinema, fashion, TV and UK underground movement) whose influence added greatly to the impact of this remarkable period.

Vincent Bruno is a Beatles Scholar and Rock Historian.  Mr. Bruno has recently retired as Director of First Year Programs at LaGuardia Community College (City University of New York), a position he has held since 1990.  He holds an MPA from Baruch College and as an Adjunct Professor for the past twenty-five years has taught courses in numerous disciplines including Humanities, Business and Cooperative Education.  In addition, Mr. Bruno for the past 17 years has lectured extensively on The Beatles and The Sixties at universities, colleges, public libraries and community based organizations.  He currently resides in Arizona and New Jersey.