The Spirit of Spirituals: Famous and Stirring Songs of Faith, and their Stories with Súle Gregory C. Wilson 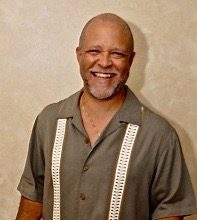 People the world over express Divine Devotion through humbly coming together and creating blessed sounds, blending their energies and hearts to help bridge that sometimes narrow, sometimes great, divide between us, as temporal beings, and the Infinite. One example of this bridge is African American sacred music: Negro Spirituals, and the Gospel tradition. Many have heard them, but few know their historical, or cultural context, much less their African precedents. What better way to learn about it than to hear, and sing it? Join educator, musician, storyteller, and dancer Súle Greg Wilson in exploring African and Post-African music, the stories behind the songs, their cultural significance, and why they continue to endure. This program is being co-hosted by the University of Arizona and the Arizona State Museum.

ABOUT THE SPEAKER
Educator, musician, storyteller, dancer, and alleviator, D.C.-born Súle Greg Wilson has served as an American Griot all his life, absorbing, and sharing, elders’ words and deeds, and adding his experience to the flow. This modern “Edu-Tainer” and Urban Shaman has shared healing story and music in concert halls, community centers, ceremonies, and classrooms from Juneau to Miami Beach, Ghana to Hawaii, and Hermosillo to Antrim. Wilson’s music has graced Grammy Award-winning CDs, and lauded documentaries. As an archivist, He organized historical records for the World Bank, the New York Stock Exchange, the Schomburg Center for Research in Black Culture–the NYPL, and for Phoenix’s Sky Harbor airport, and the Pueblo Grand Museum. He also served as Director of the Smithsonian Institute’s Afro-American Index Project–precursor to the National Museum of African American History and Culture. Wilson has written and published celebrated books, plays, and music, produced CDs and instructional media, and taught and professed, Primary School to College. Súle lives in Tempe, Arizona with his wife and two lovely daughters. For more, visit www.sulegregwilson.com.