Anyone who has ever stared down an angry bull coming full throttle across an arena will understand why rodeo photographer Louise Serpa often uttered the adage, “Never Don’t Pay Attention.” Born into New York society, Louise ended up out west with her nose buried in the dirt & her eye glued to a camera, becoming the first woman to venture inside the arena & shoot some of the most amazing photographs of rodeo action. The dust & dirt of the rodeo became Louise’s lifeblood for almost 50 years. This PowerPoint program demonstrates the courage & resolution of a woman who was determined to decide her own fate while ascending to the highest pinnacles of rodeo photography. 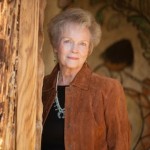