They Did More than Just Drink: How Black Social Clubs Created Communities in Tucson from 1860-1900 with Bernard Wilson 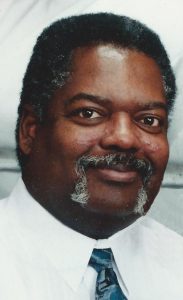 Between 1865 and 1870, Black people from slave states emigrated to Tucson. As skilled cooks, domestics, barbers, scouts, surveyors, and builders, they came in search of place to start life as free people. Historians described this first wave of Black pioneers as passive Tucsonans disinterested in the politics and governance of the city. Yet, these early arrivals were quite vocal and active members of Tucson society. They established several political and social clubs, creating Black only spaces. Within the safe spaces of the clubs, they were able to discuss national, territorial, and local politics. The clubs faced backlash from white town persons, who feared that the congregating of minorities would lead to the degradation of the city. The unprovoked attacks included false legal actions against the club, city ordinances banning black socializing, and even refusal of hall spaces to meet. However, with each new obstacle the early Black social clubs found new and innovative ways to persevere. This presentation will trace the rise of social and political clubs established by early Black Tucsonans. It will discuss how social clubs like the Arcade Club was more than a social club and happy hour for Black men. Rather, Black social clubs became instrumental in supporting black businesses, building and strengthening the black community, and setting the Black political agenda in Tucson.

This program is cohosted by Pima county Public Library – Kindred Team. This is a virtual event.

Bernard Wilson is an independent researcher, who began his humanities research as part of a personal genealogical investigation into his family. He has spent the past twenty-three years researching Tucson’s African-American pioneers and community. His first book, The Black Residents of Tucson and Their Achievements: A Reference Guide, exposed that Tucson had a large and thriving African- American community that included mining millionaires. His subsequent publications derived from the research for his book. Currently, his research focuses on the individual lives of the Old Pueblo’s African-Americans.