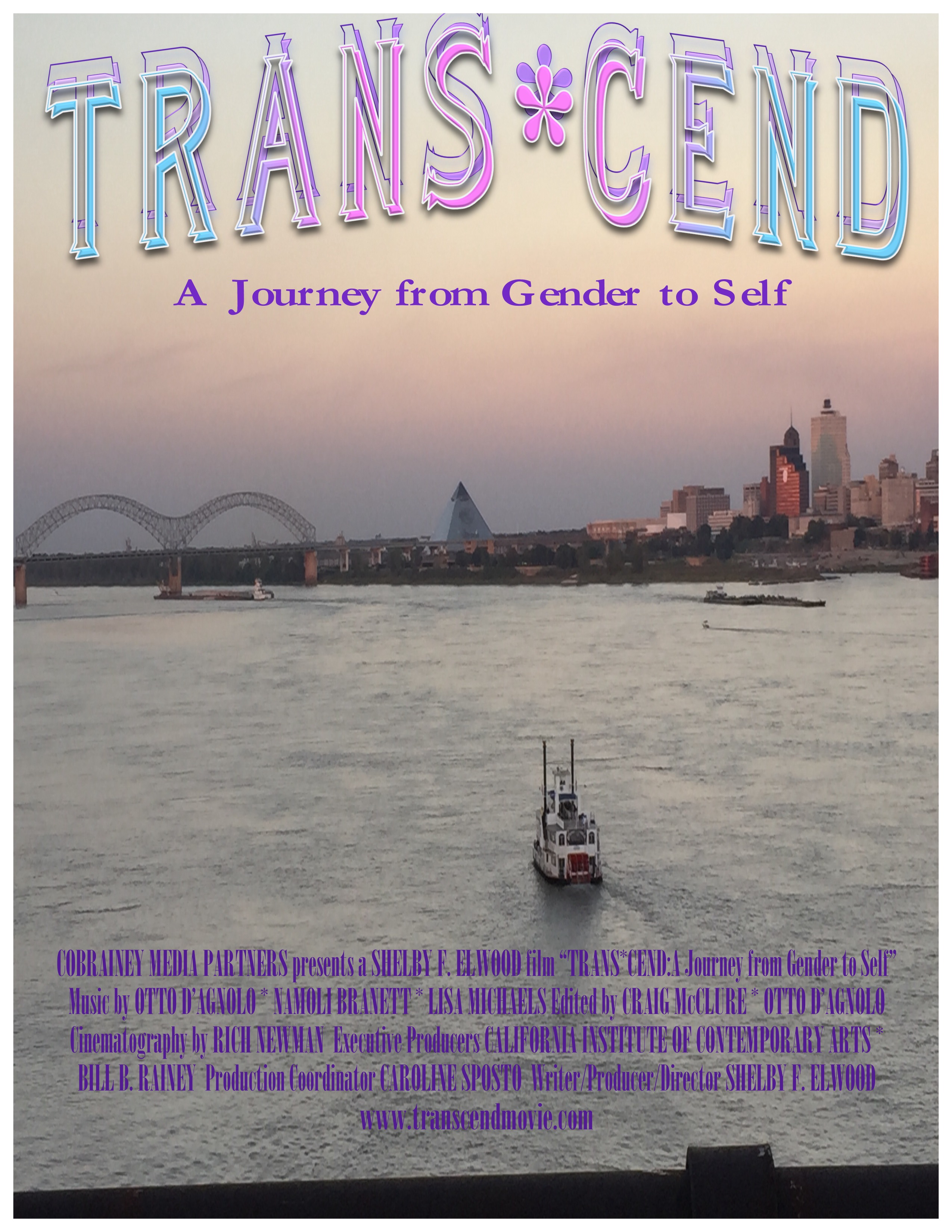 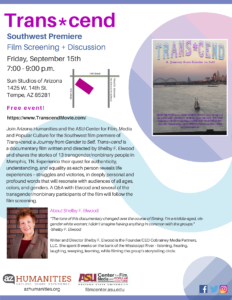 Join Arizona Humanities and the ASU Center for Film, Media and Popular Culture for the Southwest film premiere of Trans*cend: a Journey from Gender to Self. Trans*cend is a documentary film written and directed by Shelby F. Elwood and shares the stories of 13 transgender/nonbinary people in Memphis, TN. Experience their quest for authenticity, understanding, and equality as each person reveals life experiences – struggles and victories, in deeply personal and profound words that will resonate with audiences of all ages, colors, and genders. A Q&A with Elwood and several of the transgender/nonbinary participants of the film will follow the film screening.

“The tone of this documentary changed over the course of filming. I’m a middle-aged, cis-gender white woman; I didn’t imagine having anything in common with the groups.”

In partnership with the ASU Center for Film, Media and Popular Culture