What Is Language and What Language(s) Do We Actually Speak? with Dr. Albrecht Classen 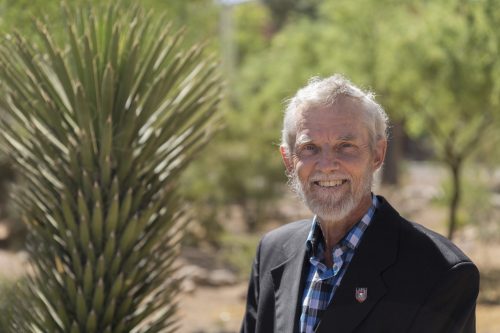 In Arizona, we are rather aware about the presence of different languages, with English paired with Spanish and the many different native Indian languages. But what is actually English? What is a language? What are the basic elements, and what are its history and characters, relevance and aesthetics? First of all, all languages are organic and develop all the time, whether this is an improvement or not. Language is all about communication, and it is a medium, which in turn is arbitrary and yet follows rules. We communicate with each other today differently than in the past, both in technical and in linguistic terms. This presentation thus will outline the historical context of modern-day American English, tracing it to Middle and Old English, and from there to Germanics. In fact, English is fairly closely related to German until today, which can be illustrated with historical and modern examples. In fact, studying a language/languages is a really fun type of research. I have taught medieval and early modern culture and literature for more than thirty years, and so also the history of German and English. In this presentation, which will be highly interactive, I will illustrate what we can and should know about our language/s because they constitute our cultural identity.
geared to many different audiences.

Dr. Albrecht Classen is a university distinguished professor of German Studies at the University of Arizona – where he teaches and researches the European Middle Ages, the early modern age, and modern German-speaking lands, focusing on literature, the visual arts, politics, philosophy, and religion. He has published more than 115 scholarly books, such as On the Forest in Medieval Literature(2015) and Toleration and Tolerance in Medieval Literature(2018). He has given lectures all over the state of Arizona, the nation, and globally. Over the last 30 years, he has received numerous teaching, research, and service awards, and has been repeatedly nominated for the Dan Shilling Public Humanities Scholar Award.