Who is American? The Story of Chinese Americans in the United States 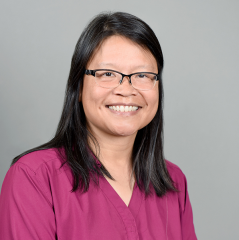 Chinese Americans have a long and complex history in the United States. Chinese people first immigrated to the U.S. in 1815. Since then they have contributed to all aspects of American life, business, science, arts, culture and more. Despite over a century of contributions Chinese Americans are often still treated as outsiders. When do immigrants become Americans? What does it mean to be an American citizen? Who gets to decide? How has the question of who is American changed over time? Join us as we explore the story of Chinese immigrants and their path to citizenship and civil rights in the United States.

This program is hosted by Arizona Humanities and the George Washington Carver Museum and Cultural Center. This program was funded by the “Why it Matters: Civic and Electoral Participation” initiative, administered by the Federation of State Humanities Councils and funded by Andrew W. Mellon Foundation.

Karen J. Leong is Associate Professor of Women and Gender Studies and Asian Pacific American Studies in the School of Social Transformation at Arizona State University.   She received her doctorate in US History from UC Berkeley, and has been at ASU since 1999. Her book, The China Mystique: Pearl S. Buck, Mayling Soong Chiang, Anna May Wong and the Transformation of American Orientalism was published by University of California Press in 2005. As with most of her research and teaching, it explores the intersections of gender, race, class,  and nation by analyzing how these three very public women came to represent China to Americans during the 1930s and 40s. Her current research projects address Japanese American experiences in transnational Arizona, federal Japanese American and American Indian relocation policies, and Asian American and Pacific Islander women’s sexual health