Water in the Southwest: Where Have We Been, and Where Are We Going? with Dr. Jennifer Richter 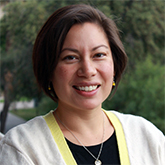 It has been said that “Whiskey is for drinking, water is for fighting.” This is especially true of water politics in the American Southwest, a region defined by its lack of water. The massive 20th century federal investments into dam systems controlled the great rivers of the West, allowing cities like Phoenix to “bloom like... Read More