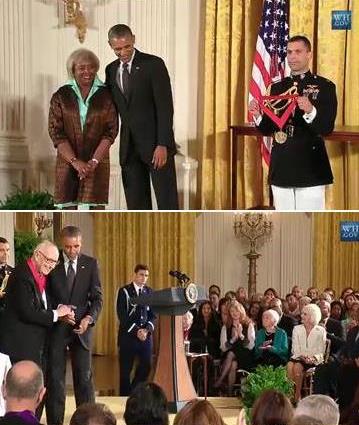 On Monday, July 28th, President Barack Obama awarded ten winners of the 2013 National Humanities Medals.  These awards are given to outstanding individuals for their achievements in history, cultural studies, filmmaking, cultural commentary, and more. Watch the White House ceremony here!