Thank you to the hundreds of people who submitted a letter to your congressional representatives opposing the $8 million cut to the National Endowment for the Humanities (NEH).  Your efforts truly made a difference! When the bill was brought before the Full Appropriations Committee, the subcommittee chairman announced an amendment to the bill which included restoring the cuts made a few days prior.  Arizona depends on NEH funding to bring the humanities to Arizonans across the state, from speakers in small towns like Bisbee to family reading programs in Glendale. Thank you for making your voice heard!

On Wednesday July 9th, the United States House Interior subcommittee passed its FY 2015 appropriations bill, which is $8 million less than FY 2014 budget for the National Endowment for the Humanities (NEH). Arizona Humanities is an affiliate of NEH and would also be affected by the budget cuts. 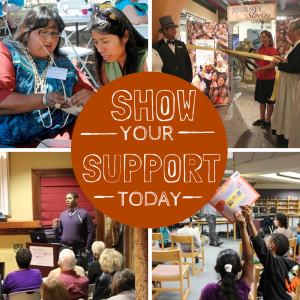 The full Appropriations Committee will meet on Tuesday, July 15, to consider this bill. Show you support for cultural and heritage resources in Arizona by clicking this link which will send a letter directly to your congressional representative today. Thank you!