Click here for more information about the 2015 Arizona Humanities Awards. 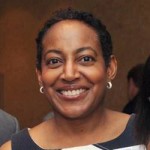 “These are the stars. Their work has inspired Arizonans across the state. Words that touch the soul, films that stir the heart, literature that deepens our knowledge of French culture and traditions, and theater performances that give voice to the homeless and incarcerated. We could not ask for a more talented group to shine a light on the humanities.” – Brenda Thomson, Arizona Humanities Executive Director 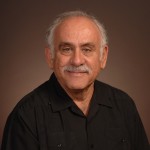 Paul Espinosa is an award-winning Filmmaker, Producer and Professor in the School of Transborder Studies at Arizona State University. Espinosa’s work brings to light both historic and contemporary Mexican-American and Latino/a contributions to our society.  Espinosa has produced 18 films and documentaries, primarily for PBS, and is the recipient of numerous national awards, including the 2012 Professor Alberto “Tito” Rio, Outstanding Literary/Arts Award from the Victoria Foundation. Espinosa’s production company, Espinosa Productions, is a film and video company specializing in documentary and dramatic films focused on the U.S.-Mexico border region. 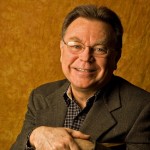 Alberto Álvaro Ríos – In 2014 Alberto Ríos became Arizona’s inaugural Poet Laureate and was elected to the prestigious position of Chancellor of the Academy of American Poets. Born and raised in Nogales, Arizona, Rios’s poetry, stories and autobiographical work have been extensively published for nearly 4 decades. Among many other honors, Rios has received the Walt Whitman Award in Poetry, the Western States Book Award for Fiction, and the Latino Literary Hall of Fame Award. Ríos earned his BA and MFA in Creative Writing from the University of Arizona and holds the esteemed position of Regents’ Professor at Arizona State University. 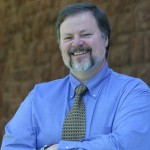 Dr. Michael Vincent, Dean of the College of Arts and Letters, Northern Arizona University is a French Scholar focusing on seventeenth-century French Literature, with a special interest in La Fontaine. During his thirty-five year career, Michael has worked tirelessly supporting Arts and Humanities education, and has introduced scholars and community members alike to the beauty and richness of French literature and culture. Prior to his arrival in Arizona, Michael was Vice President and Dean for the American University in Paris. Vincent’s education includes University of Wisconsin-Madison, Universite’ de Paris-Sorbonne, Alliance Francaise Paris, and Saint John’s University, Collegeville, MN. 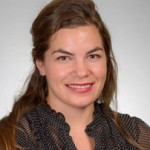 Rivka Rocchio is a community-based theatre artist who utilizes theatre as a means of cross-cultural communication. Rocchio has taught Theatre and English in prisons, high schools, and middle schools and worked with the Peace Corps in Samoa and Liberia.  Rocchio graduated from Emerson College with a BA in Theatre Education and BA in Writing, Literature and Publishing. Roccio is currently enrolled in Arizona State University’s MFA Theatre for Youth program, and works throughout Arizona with people who are incarcerated, and who are homeless, focusing on creating safe spaces in which artistic communities can flourish.