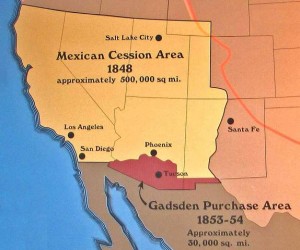 Beginning in the late 1600s, what is now Arizona was settled by New Spain (Mexico). The Spaniards used a “cross and sword” method, combining religious conversion with military might to claim the territory. When Mexico won its independence from Spain in 1821, they switched to granting large tracts of land to settle the frontier. 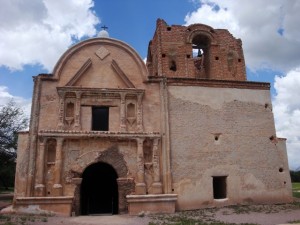 In order to protect mission lands and Tohono O’odham property rights from the resulting increase in civilian settlers, Tumacacori mission’s governor, Juan Legarra, received the first Spanish land grant in Arizona in 1807. It consisted of lands along the Santa Cruz River from the presidio at Tubac to the mission at Calabazas near the present U.S.-Mexican border. 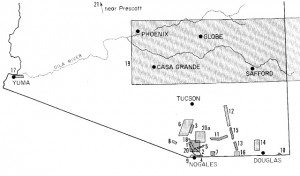 The next two grants approved by Spain, Guevavi in 1811 and Arivaca in 1812, were granted to Don Agustin Ortiz, a large landowner from Arizpe. In 1820, Agustin’s sons Tomas and Ignacio Ortiz applied for a grant they called San Ignacio de la Canoa. The Canoa grant was the first to be approved by the new Republic of Mexico in 1821. The Ortiz brothers received four sitios of land (about 17,000 acres) near present day Green Valley. In the following seven years, about eighteen other grants were also situated along the San Pedro, the Santa Cruz, and large creeks near today’s international border.

However, Mexico could not afford to keep supplying the Apaches, and by 1833 most of them had left the peace camps and returned to raiding ranches. By the time the Americans arrived in the 1850s, all the land grants in Arizona had been abandoned.

The U.S. Mexican War and the Gadsden Purchase added a great deal of western land to the United States. Article VIII of the 1848 Treaty of Guadalupe Hidalgo stated that Mexican land titles for these granted lands would be honored. Some grants were sold to Americans, but others went unclaimed. 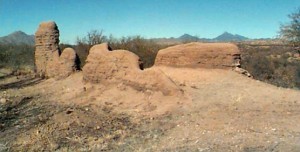 Many grantees did not have the paperwork to prove their ownership since many of the lands had been abandoned. From 1891 to 1906, The U. S. Court of Private Land Claims heard three hundred cases involving thirty-six million acres in six Southwestern states regarding land acquired from Mexico in 1848 and 1854. Of those, only eighty-seven land grants were confirmed, for a total of three million acres. About twenty of those grants were in southern Arizona, totaling about 116,000 acres. Several of these were eventually purchased by large corporations, such as Tenneco and Gulf Western, but parts of several grants are still in the hands of individual ranching families who continue to raise beef on the same lands that were granted for that purpose almost two centuries ago. 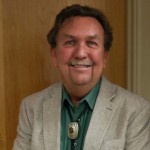 Before retiring from the Arizona Historical Society, Jim Turner worked with more than seventy museums in every corner of the state. He wrote the pictorial history book, Arizona: Celebration of the Grand Canyon State, is a part-time editor for Rio Nuevo Publishers, and writes articles for magazines and newspapers. Turner moved to Tucson in 1951, earned a master’s degree in U.S. history from the University of Arizona, and has been researching, writing, and teaching Arizona history for almost forty years.