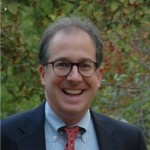 George Justice has served as Dean of Humanities and Professor of English at Arizona State University since summer, 2013. Prior to arriving in Arizona, he was Vice Provost for Advanced Studies and Dean of the Graduate School at the University of Missouri.

Justice’s scholarship focuses on eighteenth-century British literature and the history of the book. He has a special interest in the authors Samuel Johnson, Frances Burney, and Jane Austen. For a decade he held the post of secretary/treasurer for the Johnson Society of the Central Region and has been plenary speaker, among other speaking engagements, for the Jane Austen Society of North America, which he served as book review editor for a number of years. His most recent publication is a Norton Critical Edition of Jane Austen’s Emma (Norton, 2011). He currently co-edits (with Albert J. Rivero, Marquette University) The Eighteenth-Century Novel, an annual peer-reviewed scholarly publication.

On March 6th, 2014, Dean Justice led the Future of the Humanities Symposium at Arizona State University which gathered nationally prominent humanists and its own distinguished faculty to discuss how to provide the best humanities education for students, and also affect the public at large. “We are at an exciting crossroads in the history of culture…[T]he humanities are as vital and necessary as the sciences, and… together they can empower society to shape all of what we do in meaningful ways.” Read more about the symposium on the ASU website.

Mission:
Arizona Humanities builds a just and civil society by creating opportunities to explore our shared human experiences through discussion, learning and reflection.