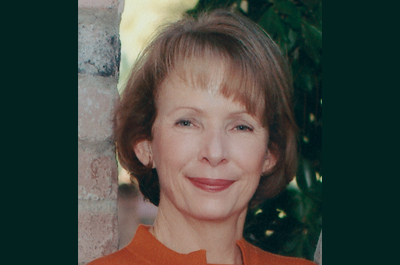 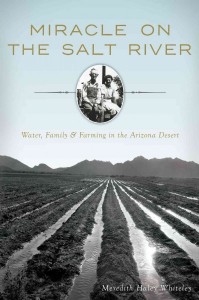 The drought that ushered in the Twentieth Century in the Arizona desert shattered lives and brought revolution. Farmers abandoned homes and livestock as canals dried up before the government could deliver the nation’s first massive dam and reclamation project to the Salt River Valley.

Meredith Whiteley’s Miracle on the Salt River: Water, Family & Farming in the Arizona Desert looks at the relationship of water – drought, the dams, irrigation, power, and urbanization—on the ordinary people caught in the crosshairs of this crisis and on over the next fifty years of plenty. She focuses this short talk on the two extremes of water and its impact: drought and the illusion of plenty.

Meredith Haley Whiteley is a third generation native of Arizona. She grew up on a dairy/cotton farm west of Glendale riding her horse Tumbleweed and avoiding her grandfather’s efforts to teach her to pick cotton.

Wanting to live where it is “green,” she attended Grinnell College, IA on a Pulliam (Republic Newspapers) scholarship, majoring in American Studies. She subsequently earned an MA in History and the PhD in Leadership and Policy Studies from Arizona State University. As a graduate student, Meredith worked on the Carl Hayden Project, the Phoenix History Project, and several other history research projects. Meredith worked for many years in the area of Institutional Planning and Analysis at ASU. In retirement, Meredith has focused on history and grandchildren.