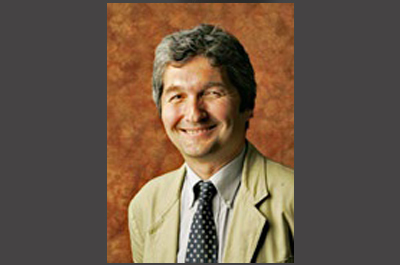 Russian gosudarstvennost’ can be translated as either governance or statehood in Russian. In one of Vladimir Putin’s speeches on the breakaway Ukrainian region of Donbas this word was erroneously translated as the latter rather than the former, resulting in serious political consequences. Numerous similar cases can be found around the globe, from amusing Chinese street signs to failed international marketing campaigns. In the first part of the presentation, the author classifies such cases of miscommunication and looks into their underlying cross-cultural and cross-linguistic differences. In its second part, the audience is asked to dissect selected cases of miscommunication.

Danko Sipka, is a professor of Slavic languages and applied linguistics at Arizona State University, where he teaches Bosnian/Croatian/Serbian, Polish, and Slavic linguistics in the School of International Letters and Cultures. He also holds a titular (presidential) professorship conferred upon him by the president of the Republic of Poland. His second doctorate was in the field of social psychology. Sipka is the editor-in-chief of the Journal of Less Commonly Taught Languages. His most recent monograph Lexical Conflict: Theory and practice (Cambridge University Press, 2015) deals with cross-linguistic and cross-cultural lexical differences.