Dramatic Science: Playing with Atoms in the Solar System 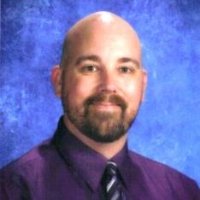 Drama was a key tool in communicating and understanding some of the more earth shattering discoveries and ideas in the realm of science.  Some scientists have used the genre of drama to communicate their theories and observations in order to avoid persecution and imprisonment.  Such was the case with Galileo.  Yet, he was not the only scientists to employ the humanities as a means of communicating his ideas which changed our understanding of the world we live.  Who else did this?  What other sciences have melded with drama to communicate?  This presentation will provide some of the answers. 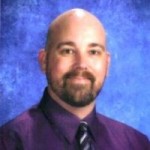 Casey Davis is currently a Secondary Social Studies Curriculum Managers and Designer/Developer for Flip Switch, Inc. Prior to this he taught Science, Social Studies, English, and Journalism, and was the Secondary Advanced Academics Facilitatory for Temple ISD for three years before returning to the classroom full time. He is currently working on his M.A. in American History through American Public University. He has a B.S. in History from Texas Woman’s University and an M.Ed. in Curriculum and Instruction from the University of Houston – Victoria. Mr. Davis is as contract writer for a variety of academic publishers.