LGBT+: A History in Arizona with Marshall Shore 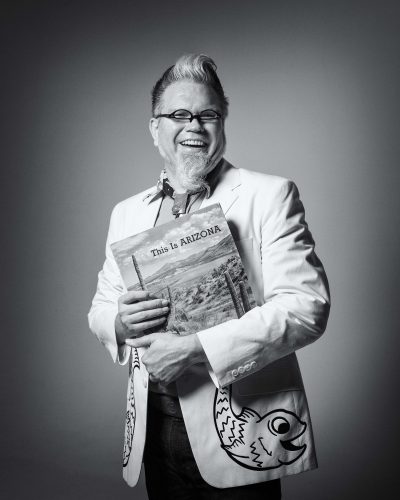 Arizona’s history of the LGBT+ community begins long before Arizona was a state with the Native American belief of two-spirits, continuing on through to the seismic shift of Civil Union/ Marriage Equality. There are some surprises along the way as we talk about artists and Arizona connections to Warhol, Keith Haring, and those muscle magazines by George Quaintance. Where was the Trans Flag created and where is it now? There is also the little known story of a 1906 Russian gender pioneer named Nicolai De Raylan.

This program is cohosted by Phoenix Public Library.

An Emmy nomination for sharing Arizona history is the latest acknowledgment for Marshall Shore, Arizona’s Hip Historian. His passion, which is uncovering the weird, the wonderful, and the obscure treasures from our past: the semi-forgotten people, places, and events that have made us who we are today. Shore uses storytelling magic, found film footage, old photographs, ephemera, and artifacts to bring our state’s heritage to life in entertaining and educational presentations. He has developed an almost cult-like following for sharing history through in-person and virtual events.