On the Road Since 1925: The Colorful History of Arizona Highways Magazine with Win Holden 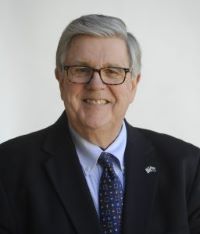 This program is cohosted by the Phoenix Public Library.

ABOUT THE SPEAKER:
Win Holden was named the sixth Publisher of Arizona Highways Magazine in May 2000. The publication is recognized as one of the finest travel magazines in the world. The magazine has over 120,000 subscribers in all 50 states and 100 countries. As Publisher, Mr. Holden led a diverse group of businesses centered on the world-renowned magazine including licensing, book publishing, calendars, e- commerce, new product development, product marketing and retailing. A Valley resident since 1980, Mr. Holden was recognized by the Arizona Office of Tourism and the Arizona Lodging and Tourism Association as their 2017 and 2018 Lifetime Award recipient and received the 2015 Lifetime Achievement Award from the Business Journal. He was the 2007 inductee into the Arizona Tourism Hall of Fame.
+ Google Calendar+ Add to iCalendar